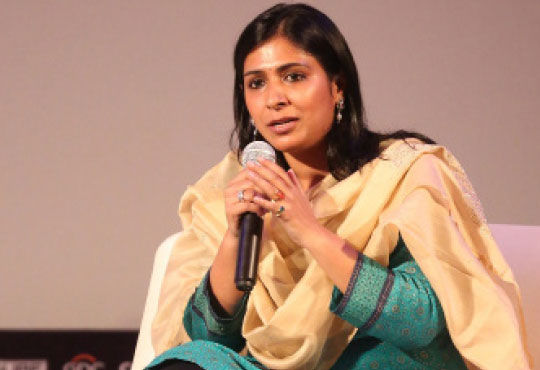 India is surging. By being the fourth-largest economy in terms of purchasing power parity and India’s increasing per capita income, growing middle class and working population are generating huge domestic demand for goods and services — especially in leisure and entertainment. The Indian film industry is the largest in the world. With more than 1,000 films produced every year in more than 20 languages and 3.3 billion tickets sold annually, India also has the highest number of theatre admissions.

Following an organic trajectory of consumer need evolution, the movie theatre business in India has come a long way. From the dingy halls, uncomfortable seating, uncarpeted flooring, unhygienic food etc. in the 80s and 90s, to a more hygienic setting, better sound and viewing quality, an overall upgraded experience, the major driving force behind multiplex chains has been the demand from consumers for a better movie-watching experience in general.

With favourable demographics and a rise in disposable incomes, the propensity to spend on leisure and entertainment is growing faster than the economy itself. The growth of multiplex giants has been enticed by economic liberalization and the huge volume of demand for leisure and entertainment, especially in Tier-II and Tier – III cities. However, in recent years, with near double-digit annual growth and a fast-growing middle class, there has been a renewed overall surge in multiplex giants in the country by them.

The movie theatre business in India now finds itself at a new inflection point, the digital media. In conjunction with the country’s mobile phone user base, led by the launch of 3G and 4G services & millions of subscribers, the scale and impact of potential digital content consumption is enormous. While there are many opportunities for multiplex chains, there are also unique challenges in the areas of content localization, distribution and pricing, regulations and piracy. While multiplex chains in India continue to be exposed to risks ranging from local competition, fraud, corruption and piracy, ongoing structural and regulatory reforms and the development of corporate governance norms will mitigate these threats.

Multiplexes however, continue to gain prominence across major Indian cities with companies lining up investments to accelerate multiplex penetration in smaller towns. The number of multiplex screens is expected to double in the next five years. Digital prints cost 80 percent less than conventional film prints, allowing producers to reach five times the number of screens at the same cost. This has significantly improved realization, as 60 percent of box-office collections are now earned within the first week of a movie’s release. Digital cinema allows companies to control exactly where movies are showing and how many times they are shown. It also expands the reach of releases, from large cities to remote towns and villages across India.

Proactive engagement is the new paradigm in the Indian entertainment industry, not just of guests and audiences, but of other partners involved in the organizing process as well. Whether it is inviting producers for film premiers or sound dispatch events, or organizing Film Festivals, multiplex chains are playing an important role in enriching the movie going experience especially for families who look forward to spending quality time together. A leading example of this is Carnival Cinema’s latest innovation, MoviEcard. Call it a marketing tactic that could probably result in some executives skipping work or getting out of their offices earlier and into the cinema halls between Monday and Thursday or an effort to get home bound ladies who stay glued to their TV sets to join the queue outside the theatres, MoviEcard is India’s first movie subscription service which can be used across any Carnival Cinema chain in 60 select cities across India. What makes this service absolutely appealing is the access to releases in Carnival Cinemas over 30 days with a sticker price of only INR 149.

That said, today, multiplex chains are emerging from the current phase of innovation in the live events space by engaging audiences through live communications and experiential events thereby intending to shift audience from 5 inch screens to the real magic of 70mm silver screens. The emergence of catering to select audiences especially multiplexes offering a niche service has become a growing trend which will only expand in the years to come by. Already we’ve seen luxury class theatre experiences to private viewings where movie watchers can book screens for a more intimate screening with close friends and family when they want to avoid the maddening crowd.

In a nutshell, India’s growing demand and high volume of content consumption hold significant potential for theatre business across India. It is headed at democratizing the way audiences watch movies or look forward to original content, thereby providing massive returns not only on big ticket properties and brands, but also for the independent or less mainstream activities.