The Disruptive Potential of Blockchain in Media and Entertainment 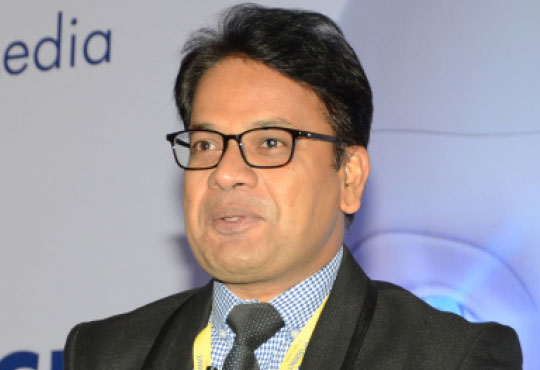 Blockchain is currently one of the most widely discussed and hyped technologies. Many readers are familiar with Blockchain as the underlying enabling technology developed for Bitcoin, a cryptocurrency. Klaus Schwab, founder and executive chairman of the World Economic Forum, provides this summary in his book on the Fourth Industrial Revolution. “In essence, the Blockchain is a shared, programmable, cryptographically secure and therefore trusted ledger which no single user controls and which can be inspected by anyone.” This much is certain that Blockchain has the potential to disrupt existing but also to enable new business models.

Blockchain has the potential to become a powerful disruptive force. A survey of 800 executives, featured in the same book of Klaus Schwab, suggests 58 percent believe that up to 10 percent of global GDP will be stored using Blockchain technology. Blockchain technology may provide several important features that could be leveraged for use in the creative economy. Blockchain is –

Blockchain solves a number of challenges by integrating and con­verging a list of critical technologies and services. These include:

• High speed Internet networking and connectivity to virtually any device

• Mobility of data, digital applications and convenience of computing, and

Blockchain Technology for Media & Entertainment Industries – Blockchain is initially developed for the use in the Financial Services but later it is proving beneficial to other industries too. For the Media & Entertainment industry, it is going to hit hard, just like the Internet. Blockchain makes it easier for artists to receive compensation while improving the way consumers access media. Blockchain as a platform to protect artist rights –

Particularly for the media indus­tries, that has been heavily affected by the ubiquitous availability and the subsequent “commoditization” of content and been undermined by widespread piracy of intel­lectual property (IP). Media users are largely ac­customed to having free access to a wide variety of content, and most of them are still reluctant to pay subscription fees for “premium” content behind paywalls. In addition, all media segments have suffered significantly from digitization, since content can be copied and distributed easily and without loss of quality. So far, the introduction of Digital Rights Management systems has not substantially reduced copyright infringements. It gives listeners access to music on whatever player they choose, while ensuring that artists receive as much revenue as possible. Blockchain could also make it easier to access media by bypassing some of the geographical limitations on services like Netflix and Spotify. A decentralized ledger isn’t kept in any particular location, so the days of regional broadcasting contacts might be com­ing to an end.

In fact, if media companies embrace the efficiencies in rights management, payment collection, and additional distribution channels enabled by Blockchain, they can spend more time focusing on what they’re relatively good at making and marketing content.

The Future of Entertainment Industry of the 21st century is Blockchain technology, an innovation that can digitally support a dynamic and connected global network of content producers, distributors and audiences.

The entertainment industry has grown exponentially over the years. As a result, a status quo has become established in which company executives and the top tier of artists make enormous sums of money. The internet has already started to change things, allowing a much broader swathe of creators to find an audience. However, big problems still exist in terms of revenue, with distribution services and piracy both cutting down on the amount of money that actually ends up in the artists’ hands.

Ultimately, effective use of Blockchain technology could make the entertainment industry fairer and more equitable, while also introducing practical advances that change the way that we consume media.

How the Blockchain could Help

• A Blockchain could be used to store a cryptographic ‘hash’ of the original digital music file, associating it with the addresses – and potentially, the identities- of the people involved in its creation.

• The Blockchain could also store the instructions, in the form of a smart contract, for how the artists would be compensated for the song or music.

• Now it’s a whole lot of technical stuffs are also involved in, this is not the end just the starting uses of Blockchain technology. As this technology will evolve more and more new idea will come up and revolutionize these industries.

Let’s gets started with this technology and see where it can lead us.

IT services
Transitioning from CRM to CEM: A Road Map